From Wikipedia, the free encyclopedia

The Universal Declaration of Human Rights

The Universal Declaration of Human Rights (UDHR) is a milestone document in the history of human rights. Drafted by representatives with different legal and cultural backgrounds from all regions of the world, the Declaration was proclaimed by the United Nations General Assembly in Paris on 10 December 1948 (General Assembly resolution 217 A) as a common standard of achievements for all peoples and all nations. It sets out, for the first time, fundamental human rights to be universally protected and it has been translated into over 500 languages.

Preamble
Whereas recognition of the inherent dignity and of the equal and inalienable
rights of all members of the human family is the foundation of freedom, justice
and peace in the world,
Whereas disregard and contempt for human rights have resulted in barbarous
acts which have outraged the conscience of mankind, and the advent of a world
in which human beings shall enjoy freedom of speech and belief and freedom
from fear and want has been proclaimed as the highest aspiration of the common
people,
Whereas it is essential, if man is not to be compelled to have recourse, as a last
resort, to rebellion against tyranny and oppression, that human rights should be
protected by the rule of law,
Whereas it is essential to promote the development of friendly relations between
nations,
Whereas the peoples of the United Nations have in the Charter reaffirmed their
faith in fundamental human rights, in the dignity and worth of the human person
and in the equal rights of men and women and have determined to promote
social progress and better standards of life in larger freedom,
Whereas Member States have pledged themselves to achieve, in cooperation
with the United Nations, the promotion of universal respect for and observance of
human rights and fundamental freedoms,
Whereas a common understanding of these rights and freedoms is of the
greatest importance for the full realization of this pledge,
Now, therefore,
The General Assembly,
Proclaims this Universal Declaration of Human Rights as a common standard of
achievement for all peoples and all nations, to the end that every individual and
every organ of society, keeping this Declaration constantly in mind, shall strive by
teaching and education to promote respect for these rights and freedoms and by
progressive measures, national and international, to secure their universal and
effective recognition and observance, both among the peoples of Member States
themselves and among the peoples of territories under their jurisdiction.
Article I
All human beings are born free and equal in dignity and rights. They are
endowed with reason and conscience and should act towards one another in a
spirit of brotherhood.
Article 2
Everyone is entitled to all the rights and freedoms set forth in this Declaration,
without distinction of any kind, such as race, colour, sex, language, religion,
political or other opinion, national or social origin, property, birth or other status.
Furthermore, no distinction shall be made on the basis of the political,
jurisdictional or international status of the country or territory to which a person
belongs, whether it be independent, trust, non-self-governing or under any other
limitation of sovereignty.
Article 3
Everyone has the right to life, liberty and the security of person.
Article 4
No one shall be held in slavery or servitude; slavery and the slave trade shall be
prohibited in all their forms.
Article 5
No one shall be subjected to torture or to cruel, inhuman or degrading treatment
or punishment.
Article 6
Everyone has the right to recognition everywhere as a person before the law.
Article 7
All are equal before the law and are entitled without any discrimination to equal
protection of the law. All are entitled to equal protection against any
discrimination in violation of this Declaration and against any incitement to such
discrimination.
Article 8
Everyone has the right to an effective remedy by the competent national tribunals
for acts violating the fundamental rights granted him by the constitution or by law.
Article 9
No one shall be subjected to arbitrary arrest, detention or exile.
Article 10
Everyone is entitled in full equality to a fair and public hearing by an independent
and impartial tribunal, in the determination of his rights and obligations and of any
criminal charge against him.
Article 11

#Envision2030: 17 goals to transform the world for persons with disabilities

Imagine the world in 2030, fully inclusive of persons with disabilities

The SDGs also explicitly include disability and persons with disabilities 11 times. Disability is referenced in multiple parts of the SDGs, specifically in the parts related to education, growth and employment, inequality, accessibility of human settlements, as well as data collection and the monitoring of the SDGs.

Although, the word “disability” is not cited directly in all goals, the goals are indeed relevant to ensure the inclusion and development of persons with disabilities.

The newly implemented 2030 Agenda for Sustainable Development holds a deep promise for persons with disabilities everywhere.

The campaign invites all interested parties in sharing their vision of the world in 2030 to be inclusive of persons with disabilities.

The 17 sustainable development goals (SDGs) to transform our world:

GOAL 17: Partnerships to achieve the Goal

Golden Rule at : From Wikipedia, the free encyclopedia : https://wiki2.org/en/Golden_Rule

The Golden Rule is the principle of treating others as you want to be treated. It is a maxim that is found in many religions and cultures. It can be considered an ethic of reciprocity in some religions, although different religions treat it differently.

The maxim may appear as a positive or negative injunction governing conduct:

The idea dates at least to the early Confucian times (551–479 BC), according to Rushworth Kidder, who identifies that this concept appears prominently in Buddhism, Christianity, Hinduism, Judaism, Taoism, Zoroastrianism, and “the rest of the world’s major religions”. 143 leaders of the world’s major faiths endorsed the Golden Rule as part of the 1993 “Declaration Toward a Global Ethic”.  According to Greg M. Epstein, it is “a concept that essentially no religion misses entirely”, but belief in God is not necessary to endorse it. Simon Blackburn also states that the Golden Rule can be “found in some form in almost every ethical tradition 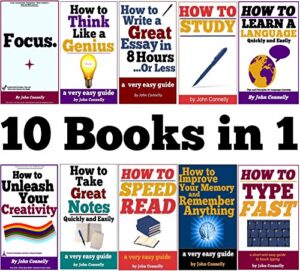